REVIEW: THE QUICK by LAUREN OWEN 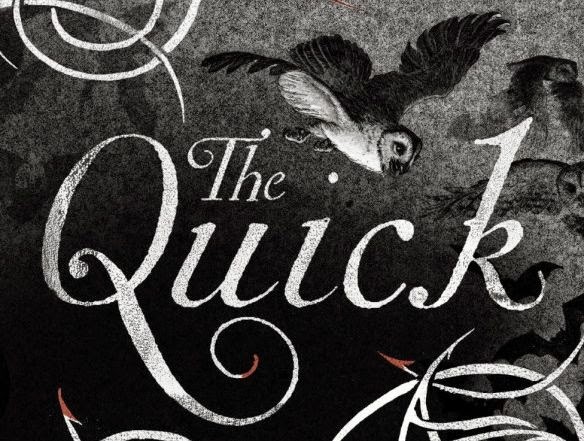 Let me come right out and say it. With no build-up, no preamble, no lead-in, here are my thoughts on this book: It's great. I mean it. The Quick is really, really good. It's hard to believe it's a debut novel. It doesn't read like one. It doesn't even read like a book. It reads like a song, a poem, a welcome intrusion into the depths of heart and mind that resonates right down into your soul

And yet, for all the praise I heap upon it, the main draw factor about this novel is that it is so very, very dark. It's negative, it's cynical; at times it is also horrifying and despondent. Lauren Owen quickly proves herself to be an author who allows her characters no happiness, no chances at redemption. The moment a character is given one positive happenstance to enjoy, it is swiftly crushed in the following pages. Just when you think the characters have been punished enough, more and more tragedy is thrown at them until it is almost as difficult for the reader to bear as it must be for the characters themselves.

The book is set in 19th century London, and chronicles the life of James, a would-be poet struggling to make end's meet in the smoky, industrial city. At first his life seems a success: he grows up in a charming house, falls in love, begins to write a poem. Then, one day, he vanishes. This leads his sister, Charlotte, to make a journey to London in search of him. There, she finds herself amongst a ragtag group of characters, each with their own complex histories and stories (and more than one destined for unbearable tragedy). She does, eventually, manage to find James... But it's not the happy ending one would expect. To say anymore about the story would only spoil the surprise for future readers, so I shall end on this note.

To conclude, if you are one of those who dream of sunny afternoons spent in contemplation of a pleasant book, perhaps relaxing out on the deck in the warm wind, a cup of tea at your side, then this book is not for you. If, however, you are someone who wants a book to grab you, that hooks you with its claws and never lets go, that you will devour endlessly through dark nights and summer storms, then this is definitely one you should add to your wish-list. Happy reading.

Robert Green is a confirmed bibliophile and aspiring writer whose love of sci-fi has caused him to own many more books than he has physical room for. He is also the owner and creator of the up-and-coming company Verity Books, which can be seen at various cons throughout the year. Any questions or comments can be sent to veritybooksanddvds@gmail.com or facebook.com/veritybooksanddvds.
Posted by Bookshelf Blogs at 10:34 AM