REVIEW: LIVING WITH A WILD GOD by BARBARA EHRENREICH 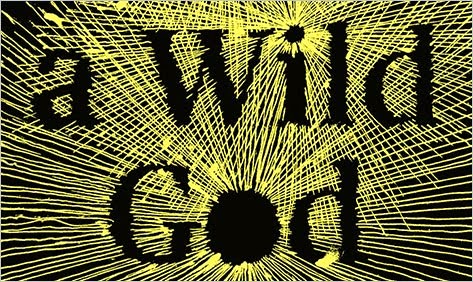 Your youthful musings don’t often get to see the light of day as an adult (I keep mine in the back of the closet behind the hat boxes, not brave enough to throw away what was a lifeline but now seem so tedious). Barbara Ehrenreich’s precocious philosophical probing in Living with a Wild God are unearthed as part of a university request for lifetime material. As she sifts through her extraordinary glimpses of the divine, we also see a turbulent teen with an all too common 1950’s middle-America inheritance of overbearing, intellectually stunted wage slave father and bored, underemployed, mentally unbalanced, housewife mother. What keeps you reading is the display of an extraordinary intellectual curiosity, the boundless scathing self deprecating narrative voice and the fascinating discovery of another dimension beneath the surface, or rather lying alongside the three dimensional world.

Ehrenreich considers her episodic experience of another world as evidence of the divine. She does admit her revelations could be classic experiences of mental illness, disassociation, and other evidence of the rich genetic stew and historical pressure cooker effects of her family and place in history, but she quickly dismisses these hypotheses. I found her story painful, insightful, and tedious all at the same time, just like those long hidden journals of mine. The coming of age of any teen in modern North American society is the emergence of the self from a materialist, egocentric, and self absorbed wasteland. Ehrenreich finds her vocation away from an inward focused, minutely observed and measured world into collective social activism and disruption in the anti-Vietnam War movement of the 60’s.

I found the book very uneven; perhaps because I know so little about the authors’ adult life achievements, but the thrill of revisiting a great mind in the making was spur enough to drive my reading though some of the less beguiling sections. As an invitation to think on how we perceive reality and how a probing mind matures, this is a fascinating reflection.

- Rosslyn Bentley
Posted by Bookshelf Blogs at 8:08 AM