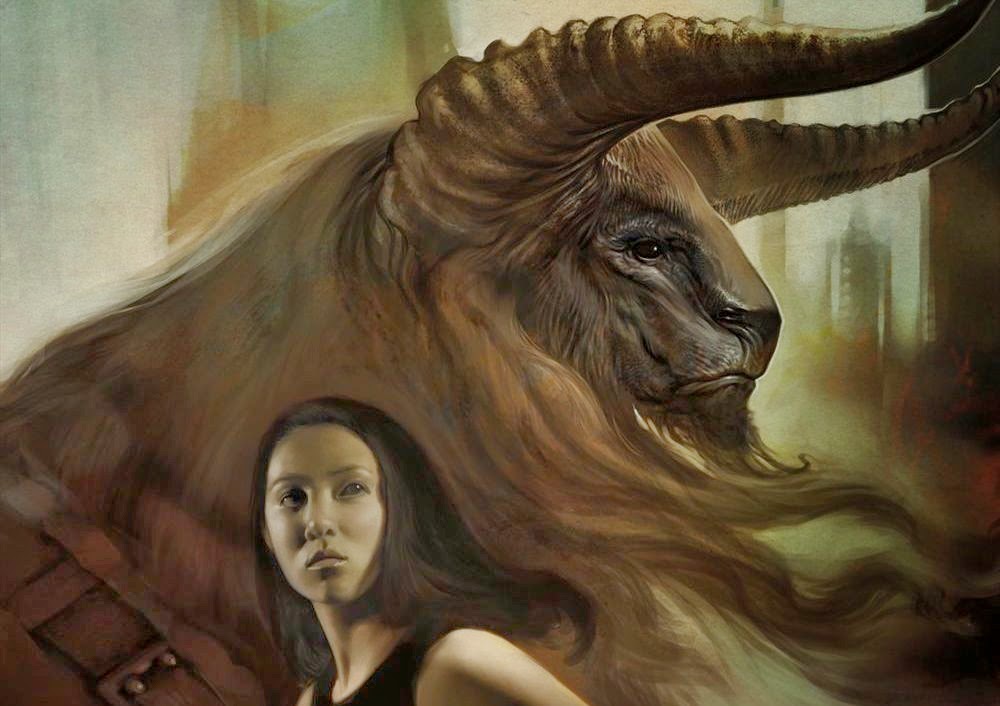 I love debut novels. It's exciting to read something that you know somebody has worked really hard on in order to break into the publishing field, and fun to discover new talents. A debut novel can also be extremely telling about the writer; whether they are destined to go far in the literary world or crash and burn along the curbsides.


Rjurik Davidson's debut, Unwrapped Sky, is undoubtedly in the former group. It's a very beautiful novel that was obviously constructed with a lot of care. The world-building is phenomenal; there is enough detail given to make the city of Caeli-Amur feel like a real place, yet enough gaps are left to allow expansion in further writings. The pseudo-Greek mythology used to construct the city doesn't feel like mythology...it feels almost weirdly natural, like a half-memory or potential path that was never taken. This in turn allows the reader to relate to the characters, which is advantageous, as in this situation there are three.


The first is Boris Autec, a former cityworker who has risen to the lofty position of a House officiate, a member of the form of government that Caeli-Amur is run by. He is bound and determined to eliminate the rebellious Maximilian, the leader of a seditionist group whose goal is to overthrow the houses and free Caeli-Amur's citizenry. To defeat him, Boris sends a spy into Max's group – the philosopher-assassin Kata, a troubled girl who owes more to the Houses than she is comfortable with. Throw in a few Greek creatures, mysterious decaying overlords, demigods, and warped magic system (the more you use it, the more it kills you) and you have the makings for a very special novel.


I very much look forward to revisiting the city of Caeli-Amur in the future, and would urge you all to join me as soon as you can.

Robert Green is a confirmed bibliophile and aspiring writer whose love of sci-fi has caused him to own many more books than he has physical room for. He is also the owner and creator of the up-and-coming company Verity Books, which can be seen at various cons throughout the year. Any questions or comments can be sent to veritybooksanddvds@gmail.com or facebook.com/veritybooksanddvds.
Posted by Bookshelf Blogs at 5:58 AM