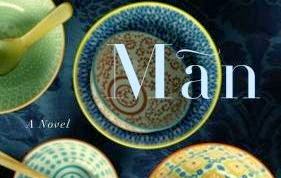 Cross-cultural and global stories always interest me, if only because they invite me to explore places I haven’t been able, on my student budget, to travel to yet. In the case of Kim Thúy’s most recent novel, Mãn, characters move from Vietnam to Montréal to France, destinations which each have a distinct atmosphere and historical significance for both the readers and the characters.

Mãn begins her narrative in Vietnam where she has been passed from her birth mother to a nun to, finally, Maman, who becomes her devoted caretaker, all in the setting of wartime. When she grows up, Mãn is married to a Vietnamese man who lives in Montréal and with her first migration, she leaves behind her home and her beloved adoptive mother. Despite the initial loneliness that comes with the move, Mãn quickly becomes dedicated to her work in her husband’s restaurant, and as the food gains popularity amongst the city’s Vietnamese, French, and English population, she meets people who add colour and meaning to her life. One of these characters is Luc, a Frenchman whom Mãn encounters when travelling to France to promote her Vietnamese cookbook. Through their relationship and others formed in Montreal and France, Mãn discovers the differences between cultural expressions of love and more importantly, she finds her unique purpose in the initially strange and unknown world that exists beyond Vietnam.

Aware of the struggles of immigrant families through personal experiences, I found Mãn’s easy and quick adjustment to Quebecois life somewhat unrealistic and a bit too rosy. She has few issues with her husband, except that their relationship is unexciting, and though she misses Maman, these emotions are not particularly immobilizing. While this might be a sign of the character’s strength, one might think that such major cultural migrations would induce more conflict. However, the familial relationships portrayed in the book feel authentic, and appear modern as the bonds between characters are often based on much more than simple blood ties or marriage. For instance, Julie, a resident of Montréal, and Mãn become something close to sisters, and Julie refers to her group of close friends as adoptive mothers of her children. In fact, the theme of motherhood is reinterpreted multiple times throughout the book. After all, the narrative opens with Mãn’s description of her three mothers, though only one technically qualifies as her biological parent. These relationships reveal the fluidity of the concept of family, which is a welcome change from the traditional and rigid depiction of families in recent works of fiction.

As a food lover, the images of Vietnamese and French cuisine described by Mãn are mouthwatering. Mãn’s progression into a chef is an interesting and unexpected development that reveals how cross-cultural friendship can be formed over something as simple as a shared fondness for a dish savoured during childhood or in times of struggle. Characters come together over food in many instances, like the French baker, Philippe, who joins the restaurant when it expands and reinvents the Vietnamese pastries, or Francine, a fan of Mãn’s book La Palanche, who is drawn to the cover photo of a fish steak on the cookbook that brings her back to her childhood in Vietnam. Having experienced many significant moments in my life during a meal, I appreciate and can relate to the importance of food in Mãn.

The short length of Thúy’s work should in no way indicate a lack of depth in the narration. Over what seems like a limited number of pages, the author suggests powerful character development that is accented by unforgettable images. Mãn’s day spent with Luc’s children, Maman’s numerous small but impressive acts of bravery in Vietnam during the war, Mãn learning how to read French with Maman’s help in spite of the ban on foreign books; Thúy dwells on these and other moments with beautiful and meaningful prose that force the reader to slow down and appreciate her lyrical writing. I felt myself savouring the book, much like Hông, a Vietnamese friend of Mãn’s in Montréal, savours the tomato broth that reminds her of her father or the restaurant clientele savour the Vietnamese-style banana cake made by Mãn and remade by Philippe. Thúy’s work spoke to my sense of adventure, the importance of family, my love for food, and most readers will be able to find at least one, but most likely more, aspects of Mãn’s story that will intrigue them and leave behind a lasting impression.

Alicja Grzadkowska is beginning her first semester as a graduate student studying Journalism at Ryerson in the fall. Her bookshelf is stacked with yet-to-read fiction titles, which hasn't stopped her from regularly adding to her collection. Traveling to big cities across North America is another one of her obsessions, and one which she hopes to indulge in again as soon as possible.
Posted by Bookshelf Blogs at 7:46 AM