The Book of Jonah 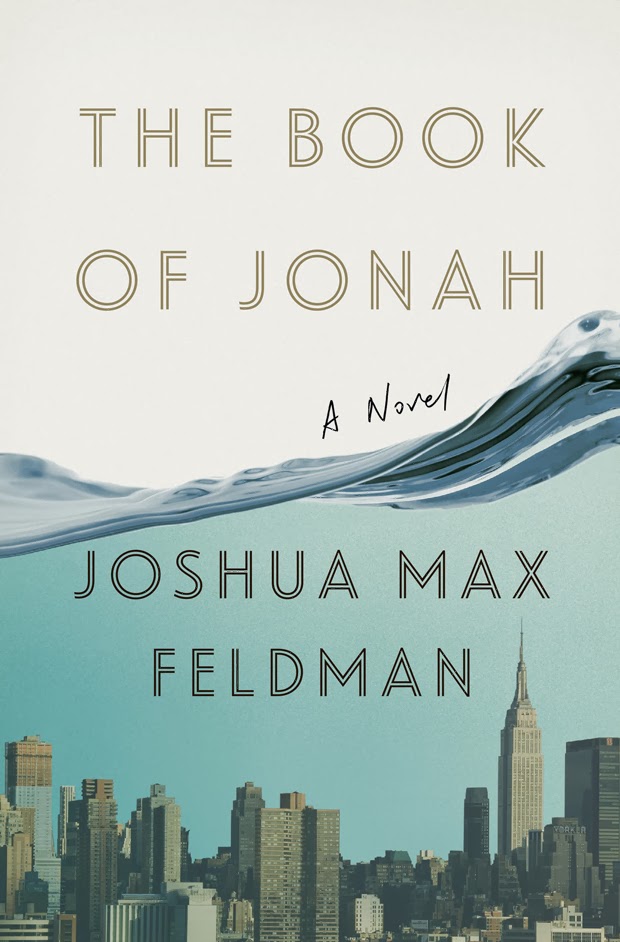 Joshua Max Feldman's The Book of Jonah is a novel that revolves around a modern day Jonah figure, a corporate lawyer who begins seeing visions. These eventually lead him to bring something like a divine warning if not to a whole city, at least to one particular woman, an art buyer for a Las Vegas real estate company. The narrative perspective remains largely with the lawyer, but shifts to the art dealer for long sections as well, and the two provide an evocative counterpoint to each other, though the art dealer's story lacks the immediacy of the lawyer's, consisting mostly of a narrated personal history that would become tedious if it was not interspersed with the lawyer's story for relief.

The Book of Jonah is strongest when it is operating in the slightly surreal mode of the lawyer's visions and his struggle to understand them, the mode where he and the biblical Jonah overlap most strongly. One of the challenges of this ready-made interpretive key, however, is that it sometimes overwhelms other elements of the story. The plot and characters at times seem merely to serve the Jonah motif, but never strongly or boldly enough to accomplish the kind of allegorical quality that makes the novels of José Saramago so successful, for example. Instead, Feldman's story remains caught somewhere between realism and allegory, never quite accomplishing either satisfactorily.

Even so, the story is a compelling one. The lawyer is a strongly realized character, by turns complex and simplistic, sympathetic and repulsive, humorous and grave. He performs admirably as a comment, not just on his immediate culture of corporate law and New York real estate, but also on the broader culture that permits these things, a culture in which the reader is implicated as well. His visions of a crumbling city and a naked humanity are all too easily recognizable, and his decision to follow those visions is filled with a kind of terror that lies closer than most of us would like to admit.

The novel is in this sense a little like the visions that haunt its protagonist or like those that haunted the biblical Jonah in the first place. It shows us a little of what we are, and also of what we could be if we will not take warning.

Jeremy Luke Hill teaches literature, makes jams and preserves, reads continental philosophy, uses open source software, bakes bread, watches documentary film, plays old-man basketball, and writes poetry, among other things. He is the founder of Vocamus Press, an organization that supports reading, writing, and publishing in Guelph. He has a book of poetry, short prose, and photography called Island Pieces. You can read his blog at at http://jeremylukehill.wordpress.com/, and you can reach him at jeremylukehill@gmail.com.
Posted by Bookshelf Blogs at 7:38 AM