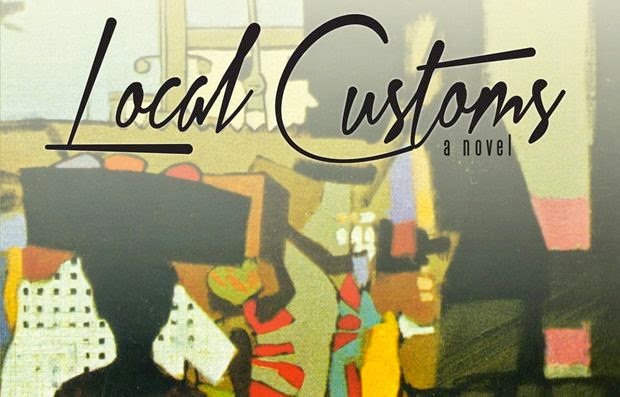 How did Letitia Elizabeth Landon die?

Since her untimely death in Ghana circa 1838, several theories have been put forward by historians, among them accidental overdose, suicide, and murder.

Faced with this real-life mystery, author Audrey Thomas chose to tell Letty’s story using first-person accounts. The novel opens with Letty’s posthumous voice stating, “I can speak freely now that I am dead.”

Letty’s life was an unconventional one. When her father lost his fortune and died of a heart condition, Letty became the sole breadwinner, supporting her mother and siblings with her poetry. As one of the most widely read poets of her day, Letty attracted considerable attention and incited several rumours about her personal life. Still unattached in her thirties, Letty wryly contemplated her future as an older, single woman: “’Do offer Auntie the last crumpet.’ And Auntie, with butter dripping down her whiskery chin and death spots on the backs of her hands, gives a grateful mew.”

Her chance meeting with Captain George Maclean at a dinner party inspired a lukewarm courtship that eventually morphed into marriage. In Letty’s mind, it was an excellent opportunity to escape London society and reinvent herself as the governor’s wife and chatelaine of a castle on the Gold Coast of Africa.

But when we hear George’s voice, we learn that Letty was the last person he should have married. He tried to dissuade her with talk of snakes and poison berries, but she refused to listen. He confided to his father: “This is a woman who lives in her head; she has no idea...In fact, I think she finds all this exotic.” On the verge of breaking the engagement, he receives a letter from Letty’s brother accusing him of dishonourable behaviour. Left with the choice of fighting a duel or marrying Letty, George resigned himself to the inevitable.

Three other voices emerge in the narrative: Mrs. Bailey, a female companion; Thomas Freeman, a Wesleyian missionary, who provoked and frightened Letty with tales of poisonous plants and slave mistreatment in the dungeons below the castle; and Brodie Cruickshank, another displaced Scot, who provided companionship and helped ease Lettie’s culture shock. When George objected to Brodie’s afternoon visits, she commented, “He’s become one of my best friends. Maybe my only friend.”

In writing this novel, Audrey Thomas has demonstrated excellent storytelling ability and meticulous attention to detail. I was fascinated by her description of insect life on the Gold Coast: “Termites chewing away, mosquitoes whining at night, driver ants who can deliver a sting like a wasp, things munching, marching along, relentless armies of minute destroyers. And spiders! Huge spiders. Everything seemed excessive out here and vaguely—or not so vaguely—tinged with malevolence. There were only two things I grew fond of: the little geckos that hid behind picture frames waiting for unsuspecting flies, and the orange-tailed lizards that sunned themselves on the battlement and gazed at me with such ancient, knowing eyes.”

Easily read in one sitting, this captivating account of Lettie Landon’s life and mysterious death will appeal to fans of historical fiction.

After retiring from a 31-year teaching career, Joanne Guidoccio launched a second act as a writer. Her articles, book reviews and short stories have appeared in newspapers, magazines and online. In September 2013, Soul Mate Publishing released her debut novel, Between Land and Sea, as an eBook on Amazon. You can visit her website at www.joanneguidoccio.com
Posted by Bookshelf Blogs at 10:27 AM