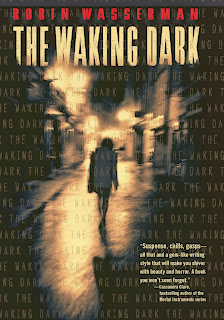 It's got to be tough being a horror writer these days. Between prolific writers such as Stephen King and the army of companies looking to capitalize on the recent obsession with supernatural creatures, it must be difficult to find an idea that isn't predictable, boring, or re-treaded ad nauseam. While Robin Wasserman doesn't entirely avoid these particular pitfalls, the visceral quality of her prose and rich cast of characters she creates serve to reduce any complaints I have about Waking Dark to minor quibbles when compared to the depth of enjoyment I got from reading it. 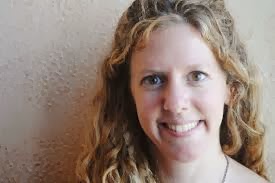 Set in the town of Oleander, Kansas, the catalyst for the story of Waking Dark is The Killing Day: a horrific event where five individuals inexplicably took the lives of twelve people before attempting to commit suicide themselves. I say attempt, but only one of the killers survived: Cass Porter has no memory of what occurred the night she smothered baby Owen in his crib, nor any idea why she did it.

Jumping forward a year, she and the soon-to-be ensemble cast of the book are still reeling from the events. Daniel Ghent witnessed a shop full of people gunned down by the normally amiable store owner; then there's Jule, outsider niece to the meth baron of the Southwest (one whose last name isn't White); Ellie is a God-fearing Christian who fears the Devil is at work in Oleander. They are joined by Jeremiah, a high-school football star who watched his boyfriend be fatally mangled, and who now wars with the guilt from keeping the secrecy of their relationship, as well as with own identity. Something violent and hungry is rising within the town, and the five survivors must find out what it is before this primeval force rips Oleander asunder from the inside.

Without spoiling anything, I will say right off the bat that Waking Dark's big reveal is more of a “Yup. Seems about right.”, than a, “OH WHAT? NO WAY.” The plot device is strongly hinted at in the first act, and is given everything but it's own neon-lit runway to point the reader towards the answer. I couldn't help but be a bit disappointed that Wasserman opted for the conventional, rather than the epic swerve I hoped she was setting up. That being said, the world she has created in the town of Oleander is so well-realized that the letdown became largely inconsequential.

I am of the opinion that horror is exponentially more effective when characters are more than bags of meat and blood waiting for a plot device with a machete to come along. To this end, Waking Dark crawls with a sense of dread not in small part because these characters are incredibly well-realized. We get to know their dreams, their insecurities, their neuroses, the impacts that life's events have had upon their view of the world, and how the characteristics that they bring to those events further direct both their own development (as well as the plot). The expression of these traits (or in some cases, the choice to repress expression) is further enriched by the other characters' perception of them. Those secondary viewers, and their reaction to the complimentary or conflicting traits of their fellow cast members create a vast and complex network of genuine human relationship; one that is all the more poignant due to the pointed questions Wasserman asks about the truth underlying human nature.

At the opposite end of the spectrum is the chillingly graphic depictions of violence that the author manages to construct. Waking Dark is the literary equivalent of a David Cronenberg (director of The Thing and The Fly) movie: depicting something you've seen a thousand times, but this time, making it bother you on a deep, spine-chilling level. Wasserman's description of the murders on the Killing Day made me flashback to Toby Hooper's Texas Chainsaw Massacre, invoking a dirty, vicious style that feels like having one's mind chained to the back of a rusted pick-up and dragged screaming down fifty miles of bad road. The way that Waking Dark marries unrelenting, Hobbesian violence with a genuine core of humanity makes it an incredibly absorbing read.

Vincent Smith is a taoist, aspiring writer, and dyed-in-the-wool psychology geek at the University of Guelph. You can find his writing on video games, comics, movies, and all things geek over at The Rogue's Gallery.
Posted by Bookshelf Blogs at 6:29 AM