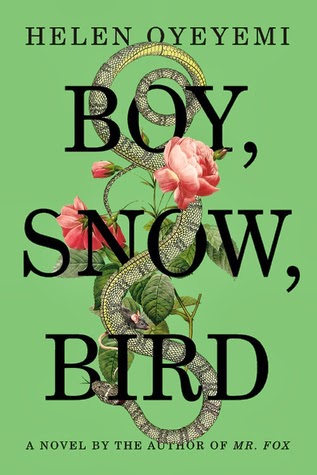 Helen Oyeyemi, named one of Granta’s Best Young British Novelists, was born in Nigeria, but moved to London with her family when she was four. I was born in communist Poland, where I lived for fifteen years. Before I immigrated to Canada, I saw a black person only once or twice in person, and my ideas of racism came from watching Roots on TV, which the communists presented as a proof of evil in capitalist America.

Writing about race and racism is difficult. These issues are political, social, private and public, and often make the prose read like propaganda. However, Helen Oyeyemi, in her fifth book, writes about these subjects in a complex, original, and fantastic way: through alluding to and re-imagining fairy tales.

Once upon a time, actually, in the 1950’s, in a small town in Massahusetts, Boy is a woman who marries a widower, who has a daughter named Snow. Boy later gives birth to a daughter, Bird, who brings a dark family secret to life, forcing Boy to send Snow away.  The three women struggle to define each other and their relationships within their family and community, but apart from the cultural stereotypes represented by tales like Snow White and Cinderella. The story is complicated by two sets of grandparents, an estranged aunt, and a grandfather who really isn’t who he appears to be.

I grew up reading Grimm’s Fairy tales. They are very clear:  the ugly, such as witches, stepmothers, trolls, are ugly on the inside too; the good, such as princesses, orphans, swine-herds and goose-girls, are beautiful. Nothing is so clear in Helen Oyeyemi’s world. Boys are girls, and vice versa. The evil stepmother is not evil; she’s beautiful, and so is her daughter; and so is her stepdaughter. And they don’t hate each other, not really. Mirrors on the wall refuse to reflect appearances. White is black, and so is Snow.

Boy, Snow, Bird is a spell-binding read.
Kasia Jaronczyk was born in Poland and immigrated to Canada in 1992, at 15 years old. She has a Master's in Microbiology.  She lives in Guelph with her husband and two children. She has published poetry and short stories in Room, The Prairie Journal, Carousel Magazine, the Nashwaak Review and Postscripts to Darkness anthology.