I was born in Halifax, Nova Scotia, and moved to Guelph when I was four. I go to St. Joseph Catholic School, and I’m in grade 7. I usually read adventure books and science fiction, and I often read at night after I’ve gone to bed, and stay up too late doing it. I also have been reading the new Lemony Snicket series (All the Wrong Questions) and the James Patterson Middle School books…so sometimes I have two or three books going on at the same time. I love computer games, especially Minecraft, and I like learning about electronics and computers. I like swimming and I’m going to finish all of the Red Cross Lifesaving so I can be a lifeguard and a swimming teacher. 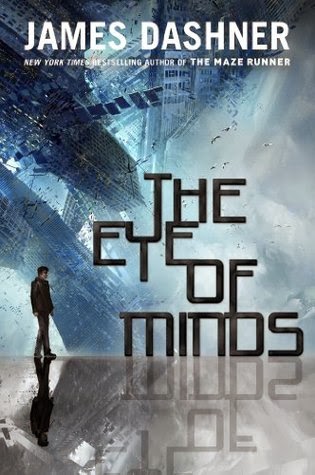 The Eye of Minds
James Daschner


The Eye of Minds is a fictional book, but it’s really interesting because the author did a good job of making it seem like the story really happened. Michael, the main character, likes computer games a lot, and he’s a hacker. In VirtNet, you can get into your “coffin” – a system which, when it’s activated, lets you go into this place called Life Blood. Life Blood is exactly like real life, but when you die in the game, you wake up back in your coffin.

Kain is reprogramming other peoples’ coffins so that they can’t leave Life Blood…and if they can’t leave, their core is destroyed, and they go brain dead. There’s a government agency (the VNS) that hires Michael to stop Kain. He and his friends Bryson and Sarah have to figure out how to defeat Kain…and I don’t want to give away whether that happens.

I think that the idea of Life Blood and the whole game system described here is amazing. I love computer games, and I wish we had that. 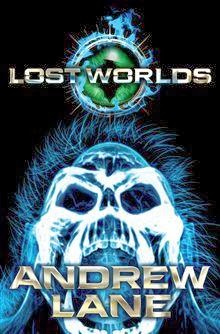 This book really caught my attention as soon as I saw the title. Lost Worlds is about a boy named Calum who broke his legs in a serious accident that left him paralyzed. He has a website about creatures that supposedly don’t exist. He sends some of his friends (a free runner, an ex-marine, a hacker and a sort of diva) on an expedition to get some DNA from an Almasti (not quite human, not quite ape creature), with the hope that it will cure his paralysis. The group undergoes a long adventure through Georgia, Russia and has to watch out for the evil Nemon Inc., who want to sabotage Calum’s expedition. It’s a great adventure that starts in England and ends somewhere near Georgia in Russia. The way the author writes makes me think that the whole story was actually happening and I was right there with them. The way everything is described makes it easy to picture what everyone looked like, especially the Almasti. I thought it was an amazing book, and I am looking forward to more in this series. 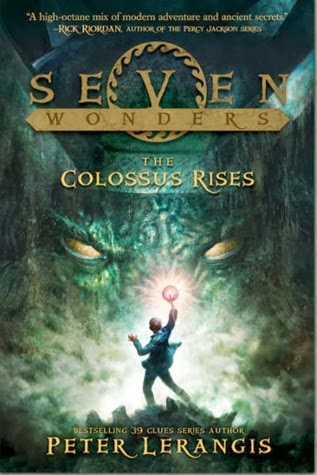 
Interview: What was your first impression of this book? What made you want to review this book?


Alex: I knew that it was an action and adventure book, and those are the kind I like. Just reading the back of the book, and finding out that Jack will die if he doesn’t succeed in his quest, got me interested.

What did you like about this book? Why did you want to keep reading it?


The characters had to get through a lot of challenges, and the writing is exciting. I thought the book was well-written, with lots of descriptive language that captures your attention. It has cliffhangers at the end of most of the chapters and a big one at the end of the book. I was often reading way past normal bedtime because I wanted to find out what happened next.

What is this book about?


Well, the story starts with one character named Jack who wakes up in a strange hospital, and where he makes three friends that have the same problem that he has: they have a genetic disease that gives them special powers, but it will kill them if they don’t find the seven loculi. They go on lots of adventures together but the main quest is to find the loculus, which is one of the items that kept Atlantis intact for so long. It’s pretty exciting, and the end of the book really leaves you in suspense, so I can’t wait for the next book in this series.

You’re a big Rick Riordan fan, so would you compare this book to anything that he’s written?


It’s exciting like the Percy Jackson series, and it has lots of mythology. Instead of Greek Gods, this book is centred around the Seven Wonders of the World, including the lost city of Atlantis, where this story takes place.

Was there anything about this book that you didn’t like?


No, not really. I think the book is amazing and there wasn’t anything that I didn’t like. This is mainly because I liked the action, adventure, and suspense. Like I said before, that stuff really catches my attention.
Posted by Bookshelf Blogs at 11:52 AM