REVIEW: ALL THE BROKEN THINGS by KATHRYN KUITENBROUWER 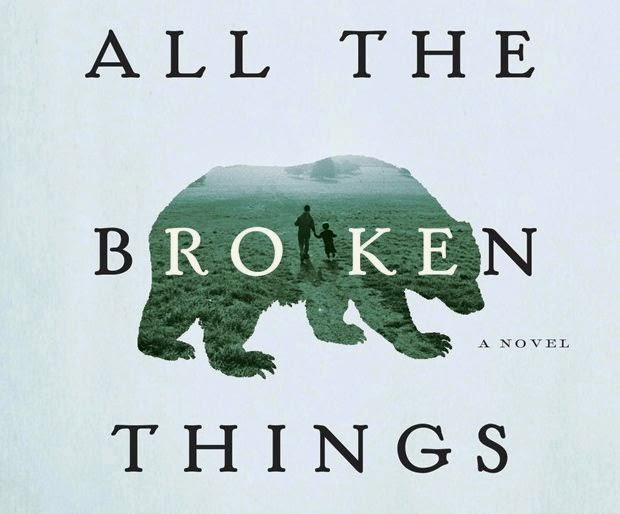 Kathryn Kuitenbrouwer’s All the Broken Things centres around the bildungsroman story of Bo, a boy who wrestles bears and other boys, cares for his sister (Orange) and mother, and navigates Vietnamese refugee identities in 1970s Canada. Bo’s coming of age is as much about coming into his own sense of self as it is (and perhaps this is always the case in this genre) coming to understand that the people around him are as complex and flawed as he is.

As the title suggests, the novel is occupied with exploring questions around what/who is broken and whether these broken things and people need and want fixing, and also, whether such repair is ever possible. These questions get taken up in by the character of Teacher who attempts, over and over, to atone for her involvement in the production of Agent Orange by “saving” Bo and his family (in a somewhat heavy-handed move, Teacher works with a Church organization so that the ‘saving’ is as much about providing material shelter as it is rescuing of souls). At one point Bo remarks on Teacher’s efforts, noting that her attempts shame him – not in the actual acts, but in the idea that what is broken ought to be, or can be, fixed.
The relationship mirrors others in the novel – a classmate, Emily – in the paternalism of the white Canadian rescuing the refugee from his trauma and poverty. It is refreshing then, to find a character like Max – the owner of a carnival freak show interested in employing Bo as a bear-fighter – who (at first, at least) nakedly exploits Bo. The reader finds this exploitation oddly refreshing as it’s not couched or obscured by a rhetoric of benevolence and rescue. The ideas of rescue get further complicated in the relationship between Bo and Bear as the needs of the two and the reliance of each on the other explore exploitation and power in human-animal relationships.

Much like the heavy-handedness of Teacher's allegiance with the Church, the metaphors in the novel feel a bit heavy: Bo’s fear of water; the parallels between Bear and Orange; the demand that Orange be kept hidden, inside. These are metaphors that get, at times, overplayed in ways that made this reader feel less inclined to think carefully about their meaning. It’s as if the predictable arrival of a water/drowning metaphor, which in some ways exonerates the reader from having to think too carefully about the implications and effects of the metaphor because it, gets recognized as “the water metaphor” instead of the thing it is meant to be signifying (helplessness, loneliness). This heaviness comes about in part, I think, from overuse and from a sort of ponderous, solemic introduction of the metaphor, a quiet-on-the-set feel that interrupts, rather than deepens.

The one metaphorical space that I did feel compelled by was the carnival. The layering of spectacle, the ideas of who watches and who is seen, the confusion of expectations/reality of what we think we see and how the object of our viewing sees her/him/itself gets exploded and refracted in exciting and unsettling ways.

In the Author’s Note that precedes the novel, the reader is alerted that the most “fantastical” moments in the novel are those that are “really true” – the production of Agent Orange in Elimra, Ontario; the freak-shows at the CNE until the late 70s; bear-wrestling. In an odd parallel to the ”Believe it or Not” rhetoric of the freak show/carnival itself, the Author’s Note serves as an (uncomfortable) call to the reader to be amazed (and entertained?) by the spectacle of historical fiction. While it’s clear from the narration and characterization of Bo that we are not, in fact, meant to be entertained by the history so much as troubled and unsettled, the Author’s Note in juxtaposition to the carnival metaphor/theme did, for me at least, raise questions about the spectacle – see history different! – elements of historical fiction that I had not considered before.

All this to say it’s a provocative novel with a rich exploration of Canadian history, individual identity, human-animal relationships and how we see/do not see, fix/do not fix those we imagine to be “broken.”

When's she not reading, Erin is teaching, running or eating cookies (sometimes all at once). She prefers fiction and books made of paper. She blogs at literaryvice.ca
Posted by Bookshelf Blogs at 7:28 AM