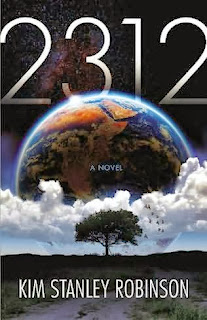 Despite only being published a few months ago, 2312 has already been nominated for several awards, including the notable Nebula and Hugo awards. Curious as to how it gained such a lofty position among science-fiction fandom, I decided to give it a look for myself.

First the bad news: 2312 does not come close to equaling the unparalleled excellence of Robinson's Mars series. The book is ponderous at times, often going to unnecessarily complex lengths to describe the new technologies, viewpoints, and societies that have developed in the three centuries hence from now. The exposition can become mind-numbing, often distracting from the excellent story set up in favour of heaping more details on the reader. But not all of it is useless; in most cases the explanation of the world Robinson has built is fascinating in concept, if not in portrayal. 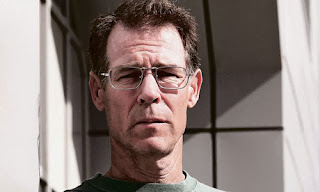 Luckily, the exposition does birth the more entertaining side of the novel—the story itself. It begins on Mercury, in the great city of Terminator (which Robinson fans may remember from his earlier novel, The Memory of Whiteness), a massive structure which constantly moves on gigantic tracks in order to stay just ahead of Mercury's deadly sunrise. In this city lives Swan Er Hong, an artist who has just lost her friend and step-grandmother, Alex. After a time, Swan starts to wonder about the curious cause of Alex's death (she perished well before her time; she was just a century old) and, upon meeting several of Alex's old acquaintances, among them an oddly likable character by the name of Fitz Wahram, Swan launches an investigation into the occurrence, which brings her face-to-face with some shady and hidden aspects of humanity's future in the solar system.

To say anymore would only spoil the book. 2312 is worth reading, though not as enjoyable as its writer's preceding work. The facets and aspects of this future are interesting and engaging when not being overly explained, and the fact that Robinson has chosen to incorporate an old-fashioned mystery trope into a heavy SF novel makes for a curious but pleasant juxtaposition. Swan herself is a fun character to get to know, especially as she incorporates several fundamental issues in our 21st-century world into herself, sometimes taking them to extremes. And the portrayal of humanity's future is refreshingly positive, and plays to our adaptability as a species.

All in all, it's a novel that certainly deserves those austere nominations. Happy reading.

Robert Green is a confirmed bibliophile and aspiring writer whose love of sci-fi has caused him to own many more books than he has physical room for. He is also the owner and creator of the up-and-coming company Verity Books, which can be seen at various cons throughout the year. Any questions or comments can be sent to veritybooksanddvds@gmail.com or facebook.com/veritybooksanddvds.
Posted by Bookshelf Blogs at 5:55 AM