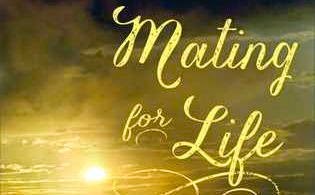 A guide to the mating habits of humans sounds either fascinating or tedious depending on your interest in the tapestry of life. Marissa Stapley’s glance through a family of women in “Mating for Life” is a perfect cottage holiday read. Part page turner, part family dynasty explored, the tautness of the writing and intelligent observation lift it to a literary realm.


Each chapter is introduced with a definition of some common North American bird or creature including its mating habits from the fussy snapping turtle that only mates when conditions are right, to Seagulls who are usually monogamous and display high levels of site fidelity, to Cardinals who mate for life.  These vignettes are echoed by the mapping of the progress of the female members of the family observed in the novel. From aging flower child Helen we can trace the modern woman’s progress from a Joni Mitchellesque folksinger, to 70’s feminist “woman who needs a man like a fish needs a bicyclist”, to someone who is seeking companionship in her golden years.


I found myself lost in the names but as each daughter came into focus, satisfied at the story arc that wove a dance around each character. The fate of Everywoman passes through these woman’s lives: birth, motherhood, marriage, divorce, adultery, love, tears and laughter. A merry-go-round and yet poignant with the aching promises of what ifs and the constraints of what cannot be. As Ilsa tells her sister Liane “Here’s the thing about love: it can last, but you have to be careful with it.” Tuck this in your beach bag this summer -intelligent woman’s entertainment to ponder.

- Rosslyn Bentley
Posted by Bookshelf Blogs at 7:19 AM