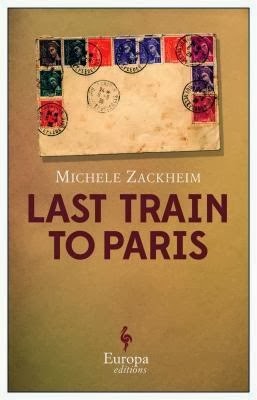 This novel set in the 1930’s takes us into the mind and heart of a true pioneer. Rose Manon grew up in small town Nevada with a dream to be a journalist in New York City; when she learns of an opening for a reporter at one of the newspapers there, she heads off to start her dream. The Editor had been expecting a male correspondent, but Rose manages to persuade him to give her a chance. As it was in the 30’s, Rose has to prove herself to a higher standard than her male counterparts to gain recognition and respect within the industry. But she soon shows that she has the talent and ambition that it takes to succeed in New York City, and in 1935 starts pursuing an opportunity to take her to Europe.  Before she goes abroad to France in 1937, Rose discovers her ethnicity, a secret her parents had kept hidden from her.

Once in Paris, reporting for the Paris Courier, Rose meets Leo, a German radical and anti-Nazi, and realizes that, while Paris is an exciting city to live in, the real stories are unfolding across the border in Germany. She manages to get assigned to the Berlin office, where she is happy and in love, until the outbreak of WWII. We are then caught up in the terror, worry and anxiety of Rose’s life as she fights for those she loves. Her mother, a woman she has had a difficult relationship with her whole life turns up in Germany looking for Rose.

This story occurs when Rose is an old lady reliving her memories, living in a different world, but still considered a pioneer of her time. This book is riveting, we can feel the panic and anguish of Rose as she fights for those she loves, the love-hate-duty relationship she has with her mother, and a certain naivety of the times; people outside Germany did not believe the war would happen. Personal and insightful, it should be prescribed reading for young scholars today.

-Catherine McGratton
Posted by Bookshelf Blogs at 6:04 AM