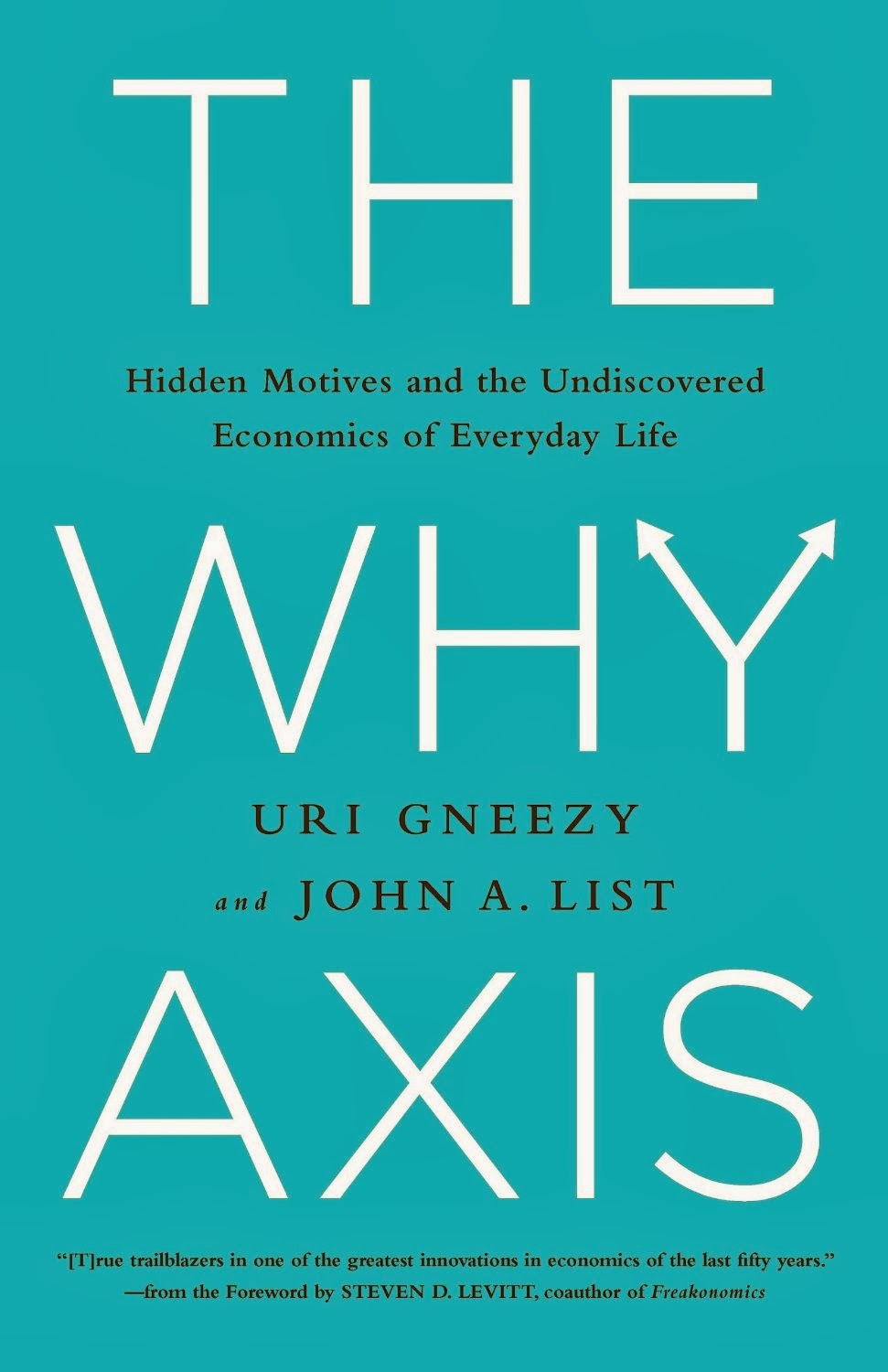 The Why Axis: Hidden Motives and the Undiscovered Economics of Everyday Life
Uri Gneezy and John List

The field of economic forecasting is often the butt of jokes, being called the modern-day equivalent to soothsaying. Economists read the entrails of Chicago school professors, together with anecdotal evidence, mixed into a pot with abstract theories and a large portion of wishful thinking, attempt to predict the behaviour of markets in order to better make business decisions. Needless to say, it's about as effective as it sounds. Even those within the industry are aware of the faulty methods used, as even Goldman-Sachs' chief economist Jan Hatzius was quoted as saying that “Nobody really has a clue [what's going to happen].” In The Why Axis, John List & Uri Gneezy attempt to rectify this problem by getting out of the lab and into the field, designing innovative experiments to get actual, empirical data on how various incentives motivate behaviour in order to solve real-world problems. They study a variety of issues, including the influence of patriarchal culture on individual competitiveness (dispelling the notion that women are intrinsically less competitive than men), how best to reduce inner-city school absenteeism caused by the threat of violence, and how to get people to donate more to charitable causes.


The thing that surprised me most about List & Gneezy's book was how fun it was to read. While their methods are both well-laid out and scientifically sound, The Why Axis reads more like a travel journal. The process of recording scientific observations is interspersed with the wild stories, like the time Uri attempted to cash $60,000 worth of traveller's cheques in rural India, or John's harrowing journey into Chicago's projects (where the number of gun-related deaths rivals the literacy rate) to get parents to sign consent forms for their previously absent children, so they could take part in beneficial programs. The two have a flair for not sacrificing methodology for accessibility, and the ease of prose with which the book is written makes it a great read for audiences from many backgrounds. 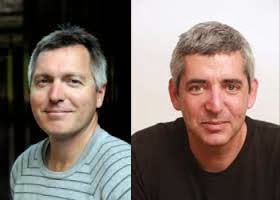 The Why Axis is also an important book for numerous reasons. First, it challenges the rolling train of hegemony present in the way many businesses are run. Data is gathered and decisions are often made a certain way simply because “that's how it's always been done”, and with a company's bottom line, well, on the line, those in charge are frequently resistant to a changing methods. Gneezy & List challenge long-held assumptions across the board, from hunches about what motivates people, to wider beliefs regarding the antagonistic relationship between altruism and capitalism. The latter is a persistent theme, as Gneezy & List work with individuals like the founder of Smile Train (a non-profit that provides cleft palate operations for children in third-world countries), and the founders of hedge fund giant Citadel, Kenneth and Anne Griffin, to tackle problems in health and education. Just getting to hear the stories of these self-made millionaires working for something greater than their bank balance is refreshing amidst the howling cynicism that surrounds the wolves of Wall Street. All in all, Why Axis is an uplifting read that offers new perspectives on a number of fields, and demonstrates the important point that a lab coat and pocket protector are not required to engage in science.

Vincent Smith is a taoist, aspiring writer, and dyed-in-the-wool psychology geek at the University of Guelph. You can find his writing on video games, comics, movies, and all things geek over at The Rogue's Gallery. Check out his FB page, Vincent Smith: Writer, Scholar, Gentleman, for more musings from the dark corners of the internet. Plus the occasional cat photo.
Posted by Bookshelf Blogs at 7:02 AM