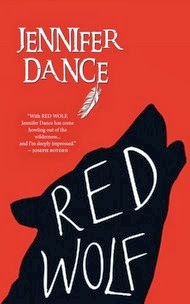 Red Wolf presents a unique challenge as a book to review, both as a book meant for a young adult (9-13 year old) audience, but also in that it is set in a largely glossed over period in Canadian history. The novel shares its name with the protagonist, an Anishnaabe boy who befriends an orphaned wolf cub named Crooked Ear. The two maintain an unorthodox friendship through Red Wolf's childhood, until he and his parents are forcefully evicted from their home by European settlers. After his parents have their legal standing revoked, Red Wolf is taken away and forced to attend the infamous residential schools. What follows is an illustration of one of the uglier parts of Canadian heritage, as Red Wolf resists the cultural imperialism of the Catholic church masters who govern the school, and experiences firsthand the racism and abuse that too many First Nations children endured. Luckily, his old friend Crooked Ear has yet to give up on him, and together the two seek to escape the tyranny of the school, and return home before the cold winter sets in. The only question left is how much of Red Wolf's home will remain for him to return to, if any.

As an historical account of the conditions within the residential school system, Red Wolf does an excellent job. The drudgery of forced labour, and Eurocentric schooling methods that denounced and shamed the heritage of the various First Nations, are (unfortunately) consistent with the accounts taught in our high schools. At the schools, children were also shamed and abused into believing their people to be savage, dirty, and barbaric. Dance puts a human face to the history books by portraying the terror and confusion of a young boy ripped away from his family and forced to conform to the rules of a cruel and bigoted world he doesn't understand. What is especially impressive is how Dance manages to capture the internalized self-hatred forced upon the students of the residential schools. Even when Red Wolf is allowed to visit his parents, he has been so thoroughly conditioned to loathe and despise his own heritage that he simultaneously feels anger towards his parents for wanting to return to their roots, and guilt towards himself for the conflicting feelings of longing, mixed with the seeds of prejudice that were sewn during his “education.”
Red Wolf also makes an interesting teaching tool, as it makes reference to many of the important events with respect to the immigrant occupation of Native lands and the ousting of their original occupants. Dance captures in vivid detail the struggle of First Nations peoples forced into artificial lifestyles while simultaneously being turned away for homes, jobs, and loans by the people that shackled them to European tradition in the first place. That being said, I feel as though it's the type of book that should be read with children, whether in a classroom setting or at home. Largely due to its brevity (it weighs in at roughly 200 pages, and has relatively large font), Dance's novel tends to simplify the events involved, as well as the relationship between white immigrants and First Nations people. While I understand the need to keep the book at an accessible length, I hope that Red Wolf will be used as a gateway to go into greater detail, perking children's curiosity so that they can learn important (if ugly) truths about how poorly that we have treated our Native citizens. As any individual of Native heritage will tell you, these issues are incredibly complicated, but Jennifer Dance has taken a bold step in the right direction by subverting the idyllic doctrine kids are typically taught about Canadian diversity.

Vincent Smith is a taoist, aspiring writer, and dyed-in-the-wool psychology geek at the University of Guelph. You can find his writing on video games, comics, movies, and all things geek over at The Rogue's Gallery. Check out his FB page, Vincent Smith: Writer, Scholar, Gentleman, for more musings from the dark corners of the internet. Plus the occasional cat photo.
Posted by Bookshelf Blogs at 8:46 AM