A Trio of Reviews 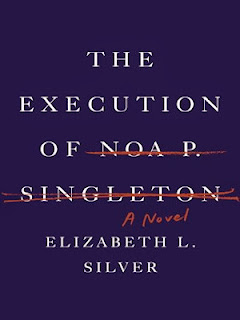 The Execution of Noa P. Singleton is a riveting tale where little happens in the present, but the past is revealed in a way that keeps the reader guessing. It is the story of a young woman, Noa, who is on death row. Her tale unravels slowly, driven by characters brimming with human weaknesses, from Caleb, Noa’s father, an ex-con who seems to really want to change and overcome his failures, to Marlene, the mother of the deceased, whose manipulations are the catalyst for disaster, to Noa herself, who refuses to do anything to help herself, and her lawyer, Oliver, who believes he can save Noa’s life.

This is a craftily wrought tale that keeps you wondering until the very last page. 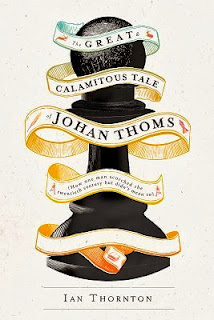 The Great and Calamitous Tale of Johan Thoms
By Ian Thornton

Johan Thoms, in the beginning of The Great and Calamitous Tale of Johan Thoms, is a bright little boy with a big head, adept at chess, who is an excellent student.  A serious accident on the local Count’s property sets in motion a chain of events that shape the 20th century, affecting millions of people across the world. Befriended by the Count as a young man, Johan enjoys many privileges, some of them lascivious. When he needs a job, the Count arranges a position for him as a chauffeur. On the fateful day in June 1914, he drives for Franz Ferdinand, takes a wrong turn down a dead end and is unable to reverse, changing world history in those few, brief but infinite, seconds.

Interesting historical details are finely woven into this fictional tale of Johan’s inability to deal with the guilt associated with those few moments in his youth. Thornton covers heavy historical material with a light and humorous hand. 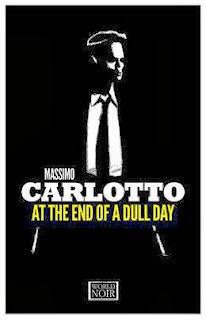 At the End of a Dull Day
Massimo Carlotto (Trans. Antony Shugaar)

At the End of a Dull Day is an understated novel where horrific things happen, all in a day’s work. The protagonist, Giorgio Pellegrini, is a misogynist who has a controlling relationship with his straying wife. While his personal traits may not appeal to a Canadian reader’s feminist ethic, Giorgio has redeeming qualities. He uses his head and his fists in a variety of ways to get himself out of one jam, but they often land him in another. His lawyer, a frequent patron of his restaurant, has defrauded him of his life savings, and the story revolves around how Giorgio attempts to get his money back.

Against a backdrop of tainted Italian politics, there are no dull days in this novel, which is full of deceit, revenge, and retribution.

Elizabeth Dent occasionally puts her book down to work at Ed Video Media Arts Centre and volunteer at various other arts organizations in Guelph. As a local award winner in filmmaking and screenwriting, she would rather be reading.
Posted by Bookshelf Blogs at 5:43 AM