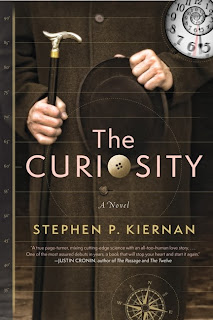 Stephen P. Kiernan’s debut novel, The Curiosity, about a man who died in 1906 being revived in modern day America, is being sold as a thriller—a “poignant and thoroughly original” one, at that. But this is not really the case; rather, let’s classify The Curiosity as science fiction. No, not far future, off earth science fiction; this is certainly not Star Wars. On the contrary, The Curiosity is a compelling and thoughtful exploration of the scientific, ethical, and human consequences of reanimating the deceased. In other words, we’re talking old school sci-fi here—a story of scientific discovery. 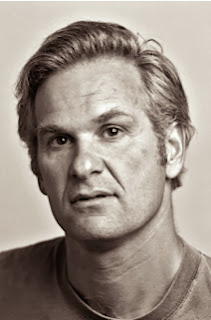 The novel follows three key members of the Lazarus Project who, after successfully reanimating dead plankton and shrimp, are given an opportunity to up the ante when they discover a man frozen in an Arctic iceberg. Despite the possible moral objections, the frozen man is revived. As we soon learn, the man’s name is Jeremiah Rice, and the last thing he remembers is falling overboard into the Arctic Ocean over one hundred years ago. What will he make of his second chance at life? What will he make of life in the twenty-first century? And how will he respond when one of the scientists responsible for his reanimation falls in love with him?

Smart, evocatively written, and a joy to read, Kiernan’s The Curiosity shouldn’t be missed.

While a glass cutter by day, by night Z.S. Roe spends his time writing fiction, non-fiction, and poetry.  His writings have appeared in various publications, including the Cambridge Times, The Silhouette, and The Toronto Sun, among others.  Most recently, his short story “Peeping Tara” appeared in issue 13 of Dark Moon Digest.  You can visit his blog at www.zsroe.com
Posted by Bookshelf Blogs at 5:38 AM