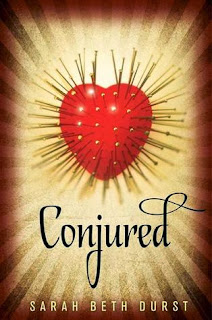 
Conjured is a very thrilling read that involves both mystery and magic. Sarah Beth Durst combined these addictive and complimentary aspects to create a small masterpiece of a book that readers won’t want to put down.

Eve has no memory of her past. She knows she has been given a new face, name, and home, because she is part of the Witness Protection Program. But there are other things she knows that the WitSec doesn't tell her: her past memories are crucial to solving the murder of the Magician and the multiverse victims. Eve co-operates with the WitSec, but every time she tries to use her own magic, she has chilling visions of the Magician and the Storyteller, and wakes up to find she has lost days, even weeks, of memory and life. 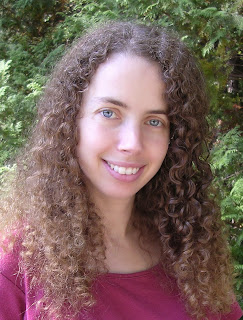 Striking an unlikely friendship with Zachary, who helps her explore her magical boundaries, and spending time with others in the Witness Protection Program, Eve learns more than she’s supposed to, and starts to have doubts about whose side she should be on, and where she is from.

An exhilarating, spellbinding read, Conjured follows Eve as she uncovers her magical and horrific past in order to move forward in life. When the most gruesome news has surfaced (the murders have started again) Eve must choose between running away or risking everything to prove that how we start out in this world does not dictate the person we become.

Readers will love it!

Ellie Young is currently a grade 12 student at Bishop Macdonell. She loves reading with a huge passion, but when not being a complete bookworm, you can find her playing basketball, working, and having tons of fun being a teenager. She also love writing and what better way to practice then by doing reviews for The Bookshelf?
Posted by Bookshelf Blogs at 5:42 AM